During the reporting period, the company’s total revenue outperformed the second tier by over RMB 15 billion ($2.17 billion), widening the gap to 33% from 25% in the previous year.

Yili’s milk powder and dairy product business achieved a growth rate of 58.28%, which was the fastest in the dairy industry. Its infant formula realized the fastest growth and adult milk powder remained the leader in its segment; the cheese category also grew by leaps-and-bounds, expanding by over 40%; the liquid milk business took the largest market share with an expanding strength; growing at a rate of 31.71%, the ice cream business topped the industry and has held the largest market share for 28 years in a row.

During the reporting period, Yili’s liquid milk business had a total revenue of RMB 42.892 billion ($6.218 billion), leading the industry in terms of scale and market share. The AMBPOMIAL retained the first position in its category with a market share of 65%. As the top brand of organic milk, Satine continued to hold the largest market share in the industry.

Yili’s ice cream business kept growing with a wider margin during the same period, topping the industry with year-on-year growth in sales of 31.71%.

As Yili’s second growth curve, the milk powder, cheese business and other dairy products kept growing at a pace which far outstripped its peers, realizing revenue of RMB 12.071 billion ($1.75 billion) in FY2022 H1.

Yili accelerated its pace of rolling out new products and full life-cycle coverage, with new products revenue accounting for 12.48%.

Yili has also kept focusing on organic milk, milk-based nutrients, cheese snacks, natural mineral water and other businesses that show high growth potential. These categories are growing by over 20% year-on-year, of which the sales of Inikin Yike live fountain have more than doubled in H1 this year.

To better serve consumers, Yili remains committed to its core capacities such as product quality, channels and resources.

Yili has extended its reach to novel channels by seizing new growth opportunities in maternal and infant, catering, e-commerce, community group purchases and other special channels.

Despite COVID-19 and the impact of inflation, Yili has ensured timely delivery of products by optimizing global supply chain networks. Utilizing its global operating platform, Yili has enabled efficient coordination among its bases in China, Southeast Asian countries and New Zealand, with its overseas revenue expanding by 58% year-on-year.

Commenting on Yili’s future development, Pan Gang, Chairman and President of Yili Group, said, “Despite the challenges in the external environment, we remain confident and capable of improving our core competencies after surpassing the annual income of over RMB 100 billion ($14.49 billion), so that we may unleash the potential for value creation and future development. At the same time, we will share our values with consumers, employees, players across the whole industrial chain and all of society under the guidance of our New Vision for Value Creation.” 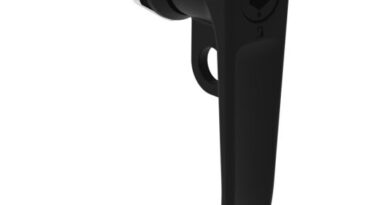